This week has been crazy!  We have spent 120 reais [about $29] going back and forth between Casa Forte and Madalena this week!  The problem is that in theory it would be more effective to just pick a few days where we only work in Madalena and a few days where we only work in Casa Forte.  But in practice you can’t just neatly plan out the investigators on the preferred days — they all have their individual schedules, etc.  So we actually did a better job of following up with people in Casa Forte, going there almost every single day. Crazy, but way better than just leaving Casa Forte without missionaries for two weeks.

This week we had three baptisms in Madalena!  It was eventful. Things were a bit stressful, but it all worked out!

I have an Alma-ish (probably misguided) wish to find people and teach them and then have them get baptized so that I can feel like someone got baptized just because of me, but that doesn’t happen very often. This week I suddenly thought of the New Testament scripture 1 Cor 3:6-7 that happens to be part of the Come Follow Me readings this week about how one person plants, another waters, but God gives the increase. You get the crown based on your work not the watering. Paul says he was not called to baptize but to preach (1 Cor 1:17). I was thinking about other investigators that weren’t my contacts who I wished I had been the one to initially make contact. Then afterwards I realized this was especially applicable for this week. I haven’t had a huge part in these three baptisms but it is a privilege to see them and have a little part in them.

One of the people baptized this week was Vitor.* He first met the sisters in 2015! He didn’t believe in God. But he has been learning and strengthening his testimony a little more each day. Before I got here, the sisters had used an excellent metaphor of a staircase. He said he started at 0 — not believing anything. This past week he was still having a few moments of doubt even though he had progressed a lot. He said he wasn’t sure if Christ really was the Savior, had done miracles, etc. But after our lesson he said he was half a stair step higher on the staircase — at 2.9 (instead of 0)! We could see his testimony growing more and more each day this week, and when he got baptized, he said he was at step infinity! We told him he can now start climbing staircase 2.0. He really looked like the sort of person who was starting a new life.

Unfortunately, one of the young men who was baptized on Saturday overslept and didn’t get confirmed on Sunday. I felt very bad about that. This prophetic quote was playing over and over again in my head:

You might as well baptize a bag of sand as a man, if not done in view of the remission of sins and getting of the Holy Ghost. Baptism by water is but half a baptism, and is good for nothing without the other half—that is, the baptism of the Holy Ghost.”

Fortunately, I think João Pedro* really will end up getting confirmed next week.

Funny thing that happened the other day it was raining as usual (winter in Recife) and we saw rain falling on the other side of the street — but we were dry. As we were watching, the rain got closer until we got wet, and then it went away down the street!  This happened about four times– we saw the rain coming, it rained on us, and then we saw it going away down the street!  It was so funny; I thought that only happened in movies. It reminded me of Harry Potter or Flubber 2 where there are magical (or science-induced) rain clouds for specific people.  We joked that maybe someone was praying for rain and we were watching God send it to them!

Sad thing that happened– Iara* doesn’t want more visits.  She is going through some personal struggles she didn’t feel comfortable enough to share and doesn’t feel she can focus on reading the scriptures and praying right now.  But she said she wants to continue going to church, so I hope that her heart will be touched eventually.  It was frustrating that we couldn’t go to church in Casa Forte so that we could see her (We were in the Madalena ward), but next week. It is sad when this sort of thing happens.  We were so unsure afterwards if we should have been more insistent or persistent or said things other than what we said . . . But hopefully we can see her at church in Casa Forte next week.

white rice
beans (sometimes with squash, kale, or meat, but often just beans)
spaghetti with a little bit of tomato sauce
one or two kinds of meat, often chicken
(frequently without sauce, but sometimes with)
vegetable salad/some cooked kale/a plate of sliced tomatoes/possibly fruit
Fruit juice and/or soda.  (It´s not normal here to drink water or milk with dinner. Coca-cola is very popular — I’ve had a lot more Coke so far than Guarana.  Lemon-lime and orange soda are also popular.  The fruit juices are amazing. )
Cake or pudding for dessert!
The food here is good.  Most people don´t eat very spicy food.
The pineapple here is amazing!  It is less yellow and more translucent here, super sweet, and extremely delicious. Papaya and mango are also possible. There are lots of fruit vendors with carts in the city center.  They have bananas (often green and sweeter), mangoes, grapes, watermelon, coconuts, pineapple, papaya, sometimes nuts, corn, and  several fruits I don´t know the name of (graveola, aceola?, etc).  I also tried a jackfruit otter pop/popsicle-ish thing the other day.  That was super fun.  I use shredded canned unripe jackfruit at home to make barbecue-style tacos, but I’ve never tried a ripe, sweet jackfruit.  It didn’t taste super strongly of anything, but it was good.

This week was very special.  We met the mother of the young woman I told you about last week (parents forbid her to see us, come to church, get baptized) on the street.  She lifted all the restrictions, said it was a misunderstanding and she didn’t have anything against us, and apologized.  Then her daughter came to the baptisms we had this week and went to the dance afterwards!  So it looks like we’re going to be able to teach her again.  Our prayers that her parents’ hearts would be softened were answered!

I didn’t go to the dance of course (not really a missionary-approved activity! We´re supposed to listen to church and classical music and eschew all romance-related activities so we can focus on helping people get closer to our Savior), but some less-active members, investigators, and recent converts did and everybody was excited about it.  Hopefully we can figure out how to have those dances more often.
Right after we met the first mother on the street we met a mother of one of our other investigators.  The day before she said he couldn’t get baptized last week because he needed to be 18 and spend many months learning about the church before making that decision.  We were concerned — he has a strong testimony, has learned all the lessons we’ve given him by heart, and we felt strongly that he should be baptized on the date we had chosen.  The discussion was going badly when I suddenly had the idea to share the story of Peter and the other fishermen who immediately left their nets and followed Christ’s invitation “follow me” (Matthew 4:18-22). It was a little tough because I couldn’t remember the exact word for fisherman and  “follow me´´ is a little hard to conjugate on the fly!  But I got close enough that my companion could correct me, and I think the sister understood.  Then she agreed to allow him to get baptized!  It was a little miracle.  The other young man who got baptized this week also had trouble with parents’ permission and we were worried he wouldn’t be able to make it to sacrament meeting to receive the gift of the Holy Ghost, but everything worked out in the end.
Love you!

I’m halfway through the CTM experience!  I’m not sure how to feel; I’m excited to leave the [CTM] and teach people, but teaching people in Portuguese is still scary.  On Saturday we’re venturing out into the real world for real-life “street contacting” where we’ll share short messages about Christ (in Portuguese!) and get contact information.  The prospect of using 22 days of Portuguese study to stop random people on the street is fairly terrifying! But I learn more words every day, and the other missionaries who did it all survived, so I’m sure it will turn out fine.

My mom asked if I can tell I’m in Brazil inside the confines of the CTM.  I definitely can! We have a great view from our window of the city. The water taps are separate, the plugs are different, everything has signs in Portuguese, and the water fountains have buttons for “natural water” (room temp) and “cold water.”  The computer keyboards are very confusing. Typically, breakfast is fruit (papaya, melon, banana), ham & cheese paninis, baguette rolls (delicious but I miss whole wheat bread) and extremely sweet porridge made with sweetened condensed milk. 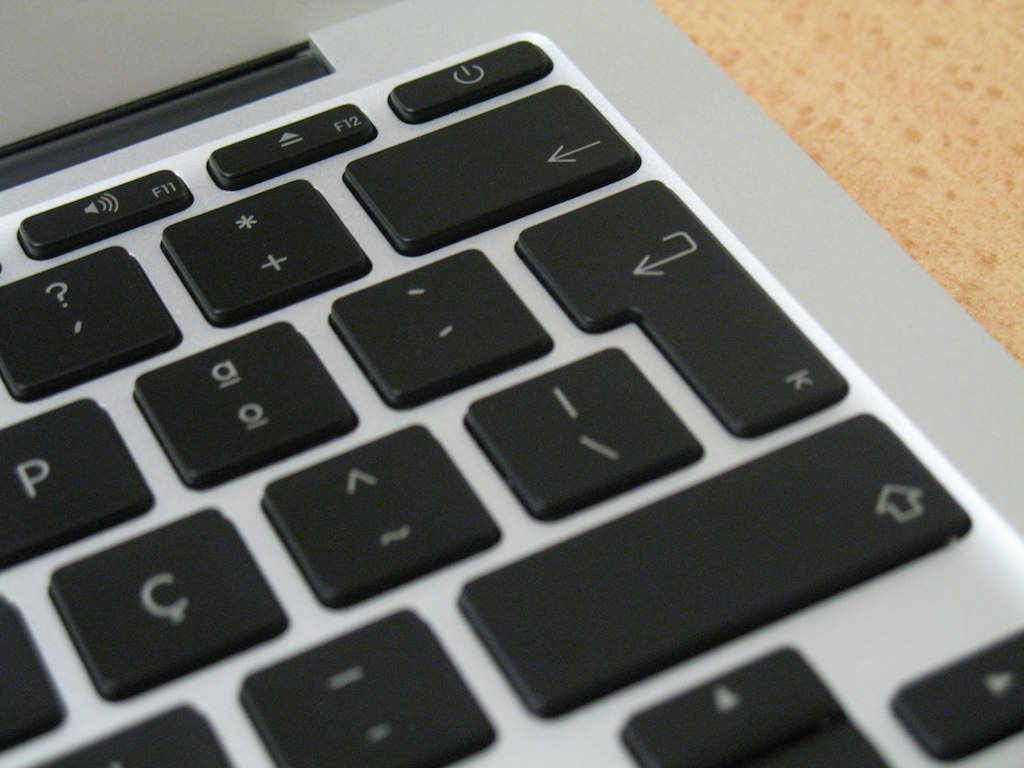 [for illustration only–no photos from the CTM yet]

For lunch, we have beans, white and brown rice, various kinds of meat, grated vegetables (beets, zucchini, carrots, etc.), lettuce, and one or two other vegetables — often one I can’t recognize.  Dinner is similar. Sometimes we have something different like pasta, hot dogs, or soup. They have dessert which is usually some kind of jello or pudding. It’s usually quite sweet and not flavours I recognize.  The food is good, if not what I would choose to make myself. It’s not very flavorful, but they have good hot sauce. I think I use more hot sauce here than at home which is saying a lot! There are no labels so some foods are a surprise. Once I got something I thought was roasted carrots but turned out to be strangely-colored hot dogs!  I also had fun explaining to some Brazilians that US sweet potatoes are orange or purple, not greenish-white. 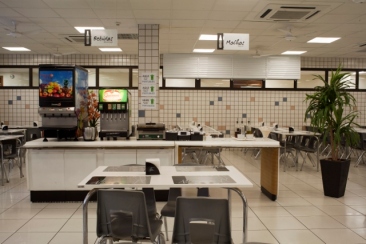 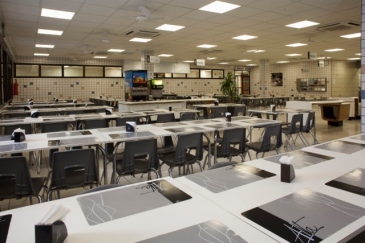 [Stock photos of the CTM cafeteria from LDS.org]

I felt the spirit a lot this week.  Some elders in my group got priesthood blessings, where an elder puts their hands on the person’s head and says whatever the holy spirit tells them to bless the person with.  I felt the spirit so strongly when they got blessings. I just felt so clearly that the blessings were from God. I’ve also memorized some great scriptures recently — Mark 9:23 about how everything is possible through faith, and Moroni 10:3-5 in the Book of Mormon, which says that if you pray about the Book of Mormon with a sincere heart and real intent, God will help you feel that it is true through the holy spirit.   They are both great!